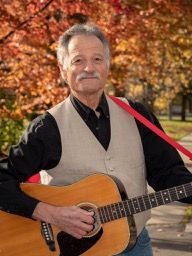 Jon Gailmor is passionately committed to the power of music, emotions, and laughter. And jeezum, do we need all of them now! He has always admired the great, life-changing work of United Way, and when asked to join the Board many years ago, he did so enthusiastically and without hesitation.